Freezing food items is a great way to preserve them for the long run. If you aren’t going to use something before it expired, freezing it is often the smart choice. You can avoid wasting the item, and you can thaw it out at a time when you are able to consume it. Making smart use of your freezer space is one of the best ways to get optimal value from the money you spend on food.

With that said, not everything is a good fit for freezing. Some foods simply don’t work out properly after the freeze-thaw cycle is completed. So, what about coconut milk? Is this popular product a good option to stash in your freezer? Once you open coconut milk, it will only last a week or a little more in your fridge, so it’s easy to understand why many people would think about turning to the freezer to extend that lifespan.

In this post we’ll answer your question, “can you freeze coconut milk?”, what coconut milk is, and how to correctly thaw coconut milk, and more. Let’s get started!

What is Coconut Milk?

As the name would suggest, coconut milk is a beverage that is created from the flesh of the coconut. Although it has recently gained in popularity, coconut milk is not new, and it has been used for many years in a variety of cuisines. It can be used in cooking, and it can also be consumed directly as a drink. In fact, many people use coconut milk as a direct substitute for cow’s milk in various applications.

The flesh of a ripe coconut is blended together with water to make the coconut milk product. There are plenty of brands of coconut milk on the market today, and each company has its own take on the product, so you can find various forms and varieties in most grocery stores. There is a lot of fat in coconut milk, but it also delivers a variety of vitamins and minerals.

Can You Freeze Coconut Milk?

Yes, you can freeze coconut milk, but you will notice some changes to your frozen coconut milk detailed below!

What Happens When You Freeze Coconut Milk?

It’s quite likely that you will have coconut milk leftover after you make a given recipe. Often, the amount that comes in a container is significantly more than you will need, so you will be left to figure out what to do with the rest. And, given the sometimes-lofty price of this product, it’s best not to waste it if you can avoid it.

So, let’s assume that you decide to turn to your freezer to get as much value from your coconut milk purchase as possible. How is that going to work out? Will you be able to thaw the coconut milk out when you are ready to use it again and have it come back to form just like it was before it went in the freezer? Let’s take a closer look.

The first thing to understand is that your coconut milk is going to change rather dramatically once you put it in the freezer. Specifically, it is going to do what’s known as ‘separating’ – in other words, the fats are going to break away from the water. You’ll have a pile of fat at the top of your container and a clear liquid at the bottom. If you weren’t expecting this to happen, you might be quite surprised when you peek into your freezer and see how things are going.

With that said, don’t let separation stop you from using the freezer to preserve your coconut milk. When you are ready to thaw it out, you can mix the product vigorously to recombine the elements and bring the milk back close to what it was before it hit the freezer.

With thorough agitation, you can bring your coconut milk back to life after it has thawed out. However, you may notice that the texture of the thawed product is not quite what it was previously. There is going to be more grain to the texture than you would get from coconut milk that has not been frozen. This is simply the result of not being able to completely reincorporate the fats into the liquid – even with a great stirring effort, you just won’t get there.

Knowing that you aren’t going to get the texture all the way back to what it was previously, your best bet is to plan on using your thawed out coconut milk for dishes where you aren’t worried about the texture of the milk having an impact on the finished product. The obvious application here is baking, where you’ll never notice if the coconut milk that you added to the recipe was a little rough when it went in. All of that will be evened out in the cooking process and you should be happy with the results. Save your fresh coconut milk for the dishes that you want to make sure have the perfect finished texture for a great consistency. 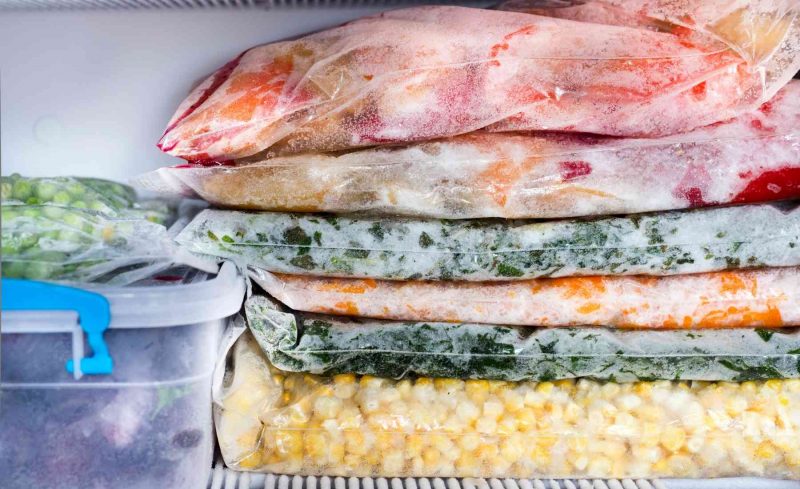 How to Freeze Coconut Milk

It’s best not to just toss a container of coconut milk into the freezer without first coming up with a game plan. How are you going to freeze the milk, and what are you going to do with it once it is thawed out again? Taking a moment to properly plan your methods here will save you hassles in the long run.

Basically, you want to freeze coconut milk in the smallest practical amounts that you can manage. When you freeze small portions, the milk will freeze faster, meaning smaller ice crystals will be developed. So, when you go to thaw it out and mix it all back together, you should get a better texture. As mentioned previously, the texture won’t be perfect when it’s mixed up after freezing, but freezing small batches will help improve your results.

The other problem with freezing a large volume of coconut milk altogether is that you may only need to use a little bit of it for your next dish. In that case, you’d be forced to thaw out the whole thing, only to then waste most of it after you have used what you needed. A far better approach is to portion out the milk before freezing, so you can grab what you need and leave the rest alone.

There are plenty of methods available for portioning your milk into smaller amounts prior to placing it in the freezer. One popular approach is to pour it out into ice cube trays. This way, you’ll have little cubes of coconut milk that can be used for many different purposes, and they’ll thaw quickly and easily. You can even pop them out of the tray after they are frozen and store them in the freezer in a plastic bag, so you don’t have to occupy the tray over the long run.

Other options for freezing your coconut milk in convenient portions would be small plastic airtight food containers, or even plastic bags. The key is that you can contain the milk in a reasonable shape long enough for it to freeze solid, then you can move it around into different types of containment, if you so choose.

How to Thaw Coconut Milk

Thawing coconut milk properly is going to make this whole process a lot more successful, and you’ll be more likely to turn back to freezing your coconut milk again in the future. As a starting point, try to plan ahead when you are going to need some of your frozen milk – it’s a lot easier to handle this process if you have plenty of time to work with.

If you are thinking at least a day ahead, simply move your frozen coconut milk from the freezer up to the fridge. It won’t thaw quickly in the fridge, of course, but that’s the whole point – with enough time to spare, you can allow this process to happen gradually, and it will be ready when you need it in the next day or so. Remember, smaller portions of coconut milk are going to thaw quicker than big containers, so this is another reason to keep your portions as compact as possible when you take them to the freezer.

Don’t have enough time to let the coconut milk sit in the refrigerator to thaw out? That’s okay – you have other options. One possibility is to set your container of frozen coconut milk in some cold water. The cold water will gradually bring the coconut milk up to its temperature through conduction, so it should thaw faster than if you just set it out on the counter. Of course, you don’t want any of that water to make its way inside your container, so be sure that it is sealed properly.

Finally, the fastest method at your disposal is to turn to your microwave. The trick here is having a container that is microwave safe that you can use for this job. If you have frozen your coconut milk directly inside of a container that is marked as not safe for use in a microwave, you’ll need to use one of the other methods to thaw. However, if you have used something like the ice cube method, you’ll be in luck. Just take as many of the cubes as you need and place them in a microwave-safe vessel, like a plastic bowl. Give the coconut milk short trips in the microwave, checking on it after each one to see how it’s going. Before long, you should have a thawed product that you can mix up and use as you would like.

Freezing coconut milk might not be a perfect solution for preserving this product, since you do lose a little bit of its luxurious texture, but it’s certainly better than tossing out the whole container. Now that you understand the basics of how you can freeze coconut milk, what will happen during the freezing process, and how to thaw it out, it’s time to test it for yourself. With a little trial and error, you should find which methods work best for you and the types of meals you like to cook. Thank you for taking the time to stop by and we hope this article will help you get more out of each container of coconut milk than ever before. 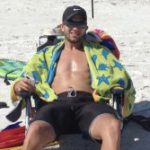